After the successful shoot entitled The Forest Queens I didn’t want to delay much with my blog post.

A few months ago, I contacted Vaany initially for a collab shoot with a traditional look in mind and she was really interested with. I met Vaany at a previous collab shoot I had with Jennifer from Her’s Only Jewelry. I was looking for the right theme to be working with her. When I contacted, I had a different theme for her and she was very much excited, as we were talking we got the second model: Athulya and the makeup Artist; Tharshana whom she worked with both of them on a fashion show. I was responsible to get a sponsor for the clothing. Later on, I messaged NKT Boutique and she agreed to team up with us. 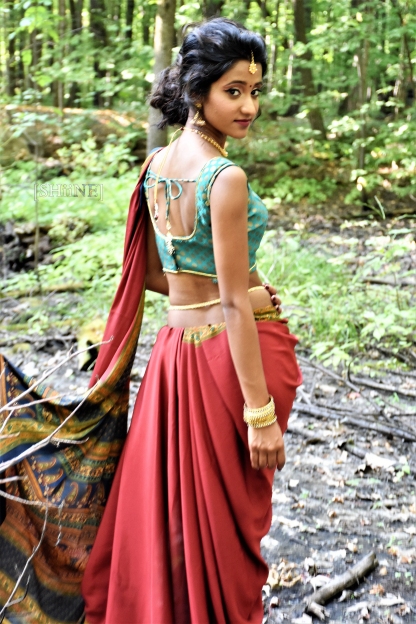 To make things easier, we created a group to discuss the shoot and anything related to it. As we were sharing our ideas, we came up with the dhoti style draping inspired by SINCITYNATION, Toronto. which we all really liked and agreed.

As the shooting day was near, we decided to meet up with NKT Boutique’s Niro and see the sarees for the shoot. It was my first time meeting Niro and Vaany for the 2nd time and it just clicked between us, we were just sitting there and talking about each other’s future plans and goals. It was us, three girls, getting together while encouraging and motivating each other to reach our next goal and passion 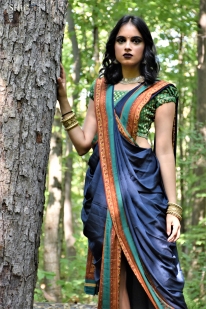 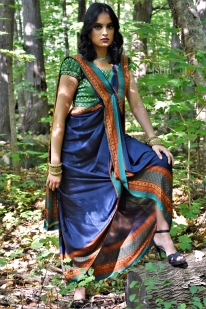 On the day of the shoot, I met Tharshana and Athulya. They were all really friendly and We had an amazing shoot with tons of pictures to edit because both models killed the shoot with their skills and not to forget about the amazing makeup. 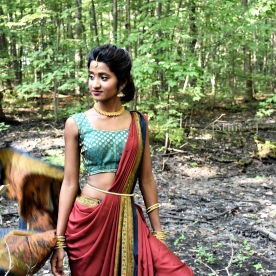 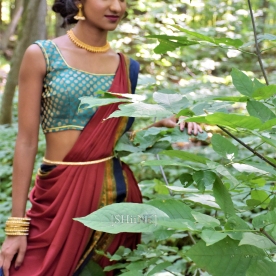 This shoot was very special to me, as for I met amazing people with positive vibes who encourage and support each other. I think this shoot was successful because I had the chance to make new friends along the way also the shoot was a great success

Thank you, girls, for the wonderful teamwork which is the secret of the shoot’s success.

2 thoughts on “The Forest Queens”